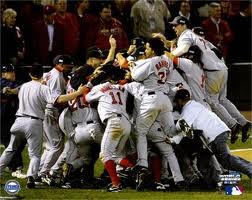 National. Redskins. Wizards. Three of the worst teams in their respective leagues all play in the nation’s capital. If it weren’t for the Capitals, who were the second best team in the past NHL regular season, Washington would hands down be the worst sports city in the country. They very well could be since Ovechkin and Co. had an early second round exit in the current Stanley Cup Playoffs. No one cares, though, about the bad teams. They just get all of the high draft picks, and then take half of the year to sign them.  Fans want to see their teams win championships and nothing else. They do not care whether or not your team made it to the playoffs or the conference semifinals. Now seems like a good time to take a look at which city’s fans are the most spoiled. Who gets to see their teams win day in and day out, while other cities wish that there could be a fantasy draft in which all of the players in the league were up for grabs. In deciding the most productive sports cities, the cities that were looked over were the ones that had at least three teams spread out around the four major sports, baseball, football, basketball, and hockey. Cities would only be taken into account if they had at least three teams that excelled in their leagues. So, without further ado, the nominees for the best city in the nation are:

Perhaps one of the toughest cities to play in due to the scrutiny of the fans, the Windy City still ranks among others when it comes down to athletics. The Bulls had the top record in the entire NBA this past season only to have their ride end by way of the King. The future looks very bright for the Bulls. They only have a couple pieces to fill. Chicago fans are already getting hopeful about either Chauncey Billups or Dwight Howard joining this newly charged Bulls team.

The Blackhawks are the reigning Stanley Cup champs. They couldn’t keep themselves out of the news when they began dishing out all of their players in the offseason. They had an up-and-down year only to fall short in a game 7 overtime to the Canucks. With Kane and Toews leading the way, the Hawks should be playing throughout the postseason for a while.

There is little hope that the Cubs will be in contention in the near future, but some of their largest contracts will be up soon, and they could then be able to spend more wisely, and hopefully start from scratch. Starlin Castro ain’t a bad player to build a team around either. Many people thought the White Sox were going to be a force to reckon with during Spring Training. They boasted a strong lineup and rotation on paper, but the results have not been coming in quite yet. Don’t count them out. A post all-star game run is waiting to happen.

DA BEARS had a remarkable 2010 season. The talks can go on forever about Jay Cutler, but the bottom line is that they made it to the NFC championship when they weren’t supposed to. Their draft picks filled in some holes. Look out because the “Monsters of the Midway” are back.

There is not much to say about the Thrashers other than the fact that they were 12th in the Eastern Conference this past year. Someone should have told them that adding Eager, Ladd, and Byfuglien from the Hawks wouldn’t bring them the success the Blackhawks earned.

The Atlanta Braves are making a statement that they can play with the Phillies in the NL East. While they lost in the first round of the playoffs last year, and had to say goodbye to longtime manager Bobby Cox, the Braves have been able to stay right with the Phillies’ firepower. It should be a fun race down to the finish.

Lastly, the Falcons boasted the best record in the NFC last year, but failed to take down the Pack like everyone else in the playoffs. The trio of Matt Ryan, Michael Turner, and Roddy White may be the best QB-RB-WR combination the league has to offer. The city of Atlanta could take a big hit if owners and players can’t get their heads together and in result forfeit the NFL season.

The 76ers made the playoffs, but unfortunately had to play the Heat. Obviously that did not end well for them. They are not the reason, however, that Philly falls to third on this list.

The Flyers had the third best record in the NHL this past season, but like the Caps, they fell short in the playoffs. They were defeated by the Blackhawks one year ago in the Stanley Cup Finals, and rebounded much better than the Hawks did.

The only thing standing in the way of the Phillies from a World Series title is the health of their players. Without a doubt, they have the best roster from pitching staff to batting lineup. Whether or not they can play down until the end is the big question here.

The Eagles lost franchise quarterback Donovan McNabb in the offseason, and put the weight on Kevin Kolb’s shoulders. We all know how that went. Michael Vick soon took over, and the league forgave him instantly for not only his play on the field, but also his character off of it. Again, they couldn’t stop the Packers, but Vick looked better than he had ever looked before. It’s scary to think what this team can do with him for an entire year. The “City of Brotherly Love” has a lot to look forward to.

Well it’s not that hard for a city with 7 major sports teams to be put in this category. The Knicks’ “Big Three” of Melo, Stoudemire, and Billups can contend with anyone in the league. It’s the players around them who need be worked on. Starting from scratch next year with this team should help their cause to play among the likes of Chicago, Miami, and Boston.

The Rangers made the postseason this year, but fell to #1 seed Washington. The Islanders didn’t some close to playing in the postseason. Not worth the time to mention anything further with these teams.

We now move onto the most storied franchise in all of sports, the Bronx Bombers. Yankees fans will get to enjoy watching Jeter hit #3,000 this year and their team compete yet again with the BoSox for the AL East crown. The Mets sure do have a lot of talent, but all of that talent could be gone soon. The only news hitting the headlines in Queens are the DL stints and the trade rumors. The pitching staff is just awful. They won’t be in contention this year, but with one of the league’s highest payrolls, you know they will be making some moves.

The New York football Giants absolutely blew it this year. I’m pretty sure coach Tom Coughlin is still yelling at his punter after being defeated by the Eagles. There really is nothing stopping the G-men from repeating their Super Bowl upset of the Patriots other than themselves. The J-E-T-S Jets love the drama, that’s for sure. The Jets were so close to reaching the Super Bowl this past year. QB Mark Sanchez, in only his second season, has baffled everyone around the league. He may not put up great numbers, but he does put up the W’s. The offense is not the highlight of this team, and neither is it Rex Ryan. The defense is what they live and die by. This is what’s going to win them a Super Bowl within the next 5 years.

Lastly, we find ourselves at the number one spot. The remarkable thing about Boston’s teams is that they ALL made the playoffs in their last season. The Celtics fell in the second round to “El Heat”, mostly because their “Boston Three Party” fell apart. Don’t expect another championship while KG is in uniform, but the history of this team makes me want to believe that they will be around for years to come.

The Bruins are currently tied at 2 games apiece in the Stanley Cup Finals with Vancouver. I’m pretty sure that even if they lose, Boston will still be number one.

The Red Sox signed Adrian Gonzalez and Carl Crawford in the offseason, but got off to an unbelievably poor start. They most recently have gotten hot and find themselves atop the Yankees and the AL East.

Last, but certainly not least, the NEW ENGLAND Patriots. Yes, they qualify in the Boston area. Tom Brady won the MVP last year and led the Patriots to the best record in the NFL. They’ve had some trouble in the past few postseasons, but Coach Belichick has one of the smartest minds in all of football, and they will be atop their division with or without Brady in the future.

2 thoughts on “And The Most Athletic City is…”